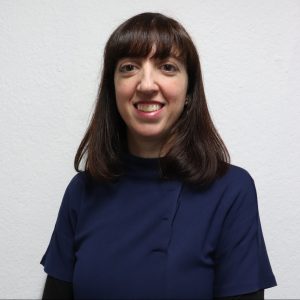 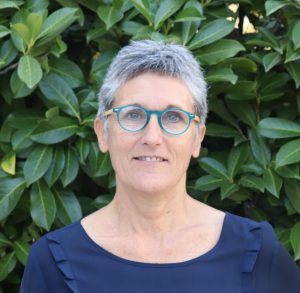 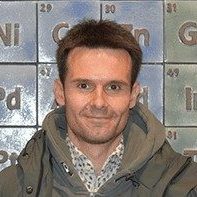 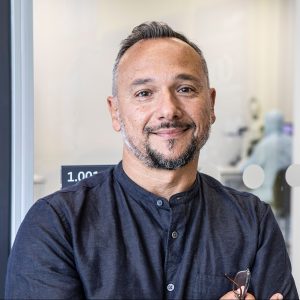 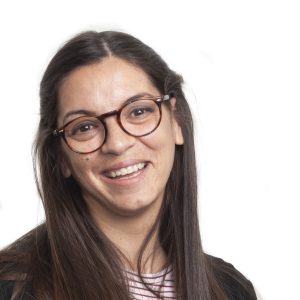 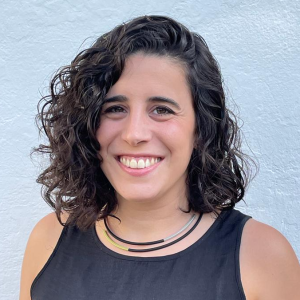 Dr. Pujals is Ramón y Cajal researcher at the Institute of Advaced Chemistry of Catalonia (IQAC-CSIC).

She obtained her PhD in Organic Chemistry from Universitat de Barcelona (UB) in the field of cell-penetrating peptides. Then she moved to Kyoto University for her postdoc focused on biophysics and electron microscopy. With expertise on drug delivery, peptide synthesis and optical and electron microscopy her research aims to combine a rational design of nanomaterials with advanced optical techniques for targeted drug delivery.

Prof. Anna Roig graduated in physics and obtained a PhD in Materials Science from the Autonomous University of Barcelona (UAB). She complemented her education in the Royal Institute of Technology in Stockholm and in the Northeastern University in Boston.

Most part of her academic career has been at the Materials Science Institute of Barcelona, the ICMAB, although in 2005 she spent over two years as a Seconded National Expert in Brussels at the Research Directorate of the European Commission.

Anna is currently a Research Professor at ICMAB, where she leads the Nanoparticles and Nanocomposites Group. She is a recognised researcher in the field of functional nanoparticles and biobased materials  for biomedical applications.

Prof. Xavier Sala studied Chemistry at the University of Girona, where he also obtained his PhD in 2007 studying the catalytic activity of ruthenium complexes in selective oxidation processes. He conducted post-doctoral research in organometallic chemistry at the Catalan Institute of Chemical Research in Tarragona, where he was appointed scientific group coordinator in 2009.

Xavier became a Lecturer at the Autonomous University of Barcelona in 2010, where he was then promoted to Associate Professor in 2018. Since 2011, he leads the Selective Oxidation Catalysis (SelOxCat) research group at UAB focused on the study, comprehension and development of the key reactions involved in the production of renewable fuels through redox catalysis, with particular emphasis on tailored metal and metal-oxide nanomaterials.

Xavier has co-authored over 80 research papers (h-index 33, including 5 book chapters) and has been visiting professor at the University of California Berkeley (Berkeley, USA) and Invited Professor at the LCC-CNRS (Toulouse, Fr) and University of Rome, Tor Vergata (Rome, IT). He received the Icrea Academia Award in 2020.

Dr. Fernando Novio graduated in Chemistry from the University of Santiago de Compostela (USC). He obtained his Ph.D. in chemistry (2007) at the Autonomous University of Barcelona (UAB). Then he moved to the Laboratoire de Chimie de Coordination (LCC) in Toulouse (France) for his postdoctoral stage (2008-2010) focused on the study of surface chemistry in metal nanoparticles.

In 2011 he joined the Catalan Institute of Nanoscience and Nanotechnology (ICN2), as a Senior Researcher, where he developed most of his research activity until 2022. Since 2016 he has been Assistant professor in the Chemistry Department at UAB. His research subject is related principally to the technological and biomedical application of coordination polymer nanoparticles and other polymer-based nanoformulations.

He has co-authored around 60 papers and 3 book chapters. Moreover, he has edited the book “Bio- and Bioinspired Nanomaterials” from @Wiley Editorial, which is a comprehensive overview of nanomaterials that are inspired by or targeted at biology, including some of the most relevant breakthrough research.

Prof. Kostas Kostarelos read Chemistry at the University of Leeds and obtained his Diploma in Chemical Engineering and PhD from the Department of Chemical Engineering at Imperial College London, studying the steric stabilisation of liposomes using block copolymer molecules. He carried out his postdoctoral training in various medical institutions in the United States.

He was Assistant Professor of Genetic Medicine & Chemical Engineering in Medicine at Cornell University Weill Medical College when he relocated to the UK as the Deputy Director of Imperial College Genetic Therapies Centre in 2002. In 2003 Professor Kostarelos joined the Centre for Drug Delivery Research at the UCL School of Pharmacy as the Deputy Head of the Centre. He was promoted to the Personal Chair of Nanomedicine and Head of the Centre in 2007.

Kostas is a Professor and Chair of Nanomedicine at the University of Manchester, Faculty of Biology, Medicine & Health and a Severo Ochoa Distinguished Professor at the Catalan Institute of Nanoscience & Nanotechnology (ICN2) in Barcelona, Spain.

Neus G. Bastús is CSIC staff scientist at the Institut Català de Nanotecnologia (ICN2), Barcelona, Spain. She obtained her PhD in Physics at the Universitat de Barcelona working on the synthesis and functionalization of metal nanoparticles for biomedical applications.

In January 2009, she joined the physical-chemistry department at the University of Hamburg as a Beatriu de Pinos Postdoctoral fellow in the group of Prof. Weller. During that time, she expanded her expertise on material design, shifting the focus of her research towards the synthesis and functionalization of complex nanocrystals with applicability in energy harvesting and catalysis.

In 2011, she obtained a Juan de la Cierva postdoctoral fellowship and joined the Inorganic Nanoparticles Group at the ICN2. In 2013 she was awarded a Ramón y Cajal Fellowship, ranked first in the area of Materials Science and she began her senior career on the colloidal synthesis of advanced functional inorganic nanocrystals with precisely tunable properties and advanced applicability in energy harvesting and catalysis.

During her PhD she worked in Prof. Merkoçi’s group at the Catalan Institute of Nanoscience and Nanotechnology (ICN2), working on the integration of nanomaterials in biosensing platforms. As a PhD candidate, she did two short internships related to the development of catalytic nanomotors, first in EMPA (Switzerland) and then at the University of California San Diego (USA) under the supervision of Prof. Joseph Wang.

She later joined Prof. Oliver Schmidt’s group as a postdoctoral researcher at IFW Dresden, developing biocompatible micromotors for biomedical applications. Afterwards, she moved to Purdue University to work on the automation of magnetic microrobots for safe manipulation tasks by using visual-based control methods. She was a postdoctoral researcher at the Institute for Bioengineering of Catalonia (IBEC) for 4 years under the supervision of Prof. Samuel Sánchez’s group, focusing her research line on the development of advanced functional living robots.

She just joined a tenure track position at the University of Barcelona as a Ramon i Cajal researcher at the ChemInFlow group, led by Prof. Josep Puigmartí group.